I have got around to adding some much overdue Support Weapons to my Red Army Battlegroup for BGK, each infantry Platoon may take up to 4 Platoon Support Options, these range from Medics to Anti Tank guns with  or without a Horse and Limber team. As I have an Infantry Company (3 Platoons) painted up I wanted to have a good varied amount of support, I began with the workhorse MMG of the Red Army - The Maxim, to make sure that I had enough I painted up three, 2 are from Elhiem (a mix and match of Matt's two sets) and the other is Zvezda with an additional crewman from Zvezda's PTRD team.

Close up rear view of each. 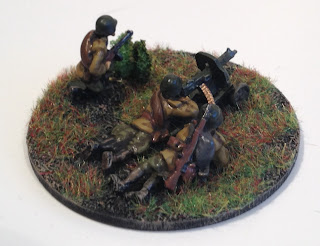 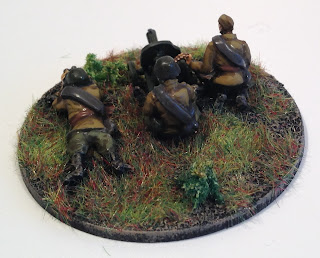 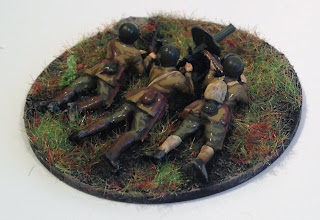 Next up are a couple of Mortars, A 5cm and an 82mm, The 5cm is a PSC Mortar with crew from the PSC Russian Zis2/3 with a Zvezda head swap plus an ordinary kneeling Sub Machine Gunner again from Elhiem,
The 82mm is Elhiem with some base debris from Skytrex.

A 45mmL46 was my next model of choice, It is Zvezda with an additional crewman from PSC with a Zvezda head swaps, a nice representation of the gun that can be built in firing or towed position, I will be adding a towed version with associated Horse drawn limber in the not too distant future. 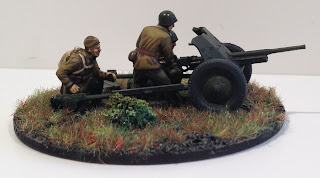 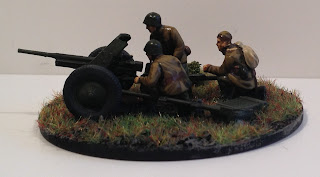 Again from Zvezda is this little fellow, a 76.2mm infantry gun, and again it is a lovely little model that goes together with no fuss, I much prefer this version to the PSC one so I'll be picking up a few more soon. The additional crewman is from PSC with a Zvezda head swaps. 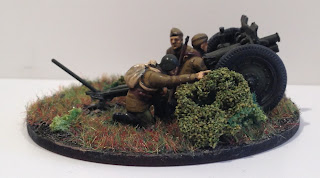 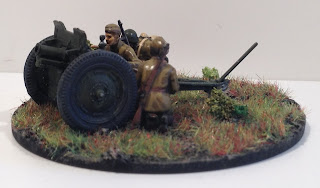 Finally from this painting batch is a Zis3 AT Gun, It is a Hybrid of a Unimodel and PSC Zis3 with PSC crew and Zvezda head swaps. 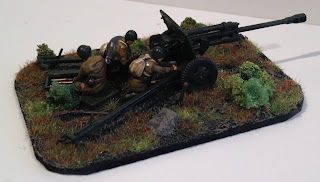 And just because I took the photo, Here is a group shot of the painting batch. 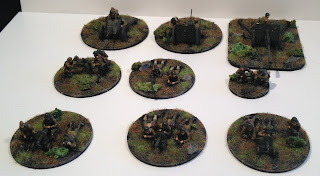 Until then, Happy Painting!